Dr. Mehdi Khazali Has Been Re-Arrested And Has Launched A Dry Hunger Strike

Dr. Mehdi Khazali was among dozens of people arrested Tuesday night in a raid of the Pen Society meeting, was moved to Ward 209 of Evin prison and has launched a dry hunger strike.

The majority of people arrested last night have already been released on personal guarantee, but the civil and political activists remain detained. 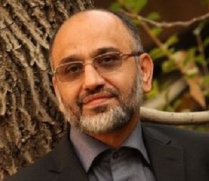 Newly released Dr. Ghasem Shole Saadi was also among those arrested, but there is no information regarding his status, and there is the possibility that he has also been transferred to Evin.

Dr. Khazali, an Ophthalmologist, author and regime critic, has been arrested six times before. On his last arrest he launched a hunger strike that lasted more than seventy days.

On his last hunger strike, Dr. Khazali lost more than 65 lbs and lost so much strength and was so frail that he had to use a cane to walk.

Dr. Khazali, an Iran-Iraq war veteran, launched a hunger strike from the first day of his arrest in 2011, protesting his illegal and violent arrest.

That arrest involved so much violence by the Intelligence Ministry’s agents that he suffered a broken arm, broken teeth and injured leg.

During his last incarceration, his health deteriorated and became dire. He suffered a heart attack and was hospitalized in the CCU section of Taleghani hospital due to complications from being on a hunger strike.

Dr. Khazali had predicted this latest arrest and an entry on his personal blog was posted this morning.

Following is a translation of the post on Dr. Khazali’s blog:

I emulate my Lord Hossein,

Some days ago, the threats started again, the groundless conspiracies, but I do not and will not recognize these injustices. I object to these proceedings and will launch a hunger strike. I will close my mouth to food and water. I want meet my Beloved with dry lips and drink from the hands of the cup bearer of paradise, just as did my Lord, the Exalted Imam Hossein, peace be upon him.

With the hopes that with the giving my life I will make the Yazids more ignominious (Imam Hossein was killed by Yazid in the battle of Karbela).

I am of the belief that all political prisoners should go on hunger strike to put an end to the oppression and to uproot this injustice from it’s foundations.

Of course, my last release from prison was on the direct order of the Supreme Leader, and my arrest on violations of that order can only be possible by his direct order.

Not only in Islam, but even the Pagans would never withdraw their mercy.

I will launch a hunger strike from day one, and sincerely ask for forgiveness from all the loved ones and friends.

This entry was posted on Wednesday, October 31st, 2012 at 2:05 pm and tagged with Dr. Mehdi Khazali and posted in Human Rights. You can follow any responses to this entry through the RSS 2.0 feed.
« Intelligence Ministry Using Those Convicted Of Espionage To Harass Political Prisoners
On Hunger Strike, Incarcerated Attorney Nasrin Sotoudeh Has Been Banned From Visits For Three Weeks »

2 responses to “Dr. Mehdi Khazali Has Been Re-Arrested And Has Launched A Dry Hunger Strike”